Learn how you can declare streaming data pipelines in YAML. 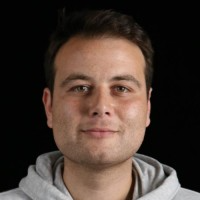 Historically, Hadoop MapReduce (MR) has been one of the first technologies for the scalable, distributed, and fault-tolerant processing of data. MR jobs are implemented with a map procedure and a reduce function. Over time it became clear that he rigid structure of MR jobs enforces a specific linear data flow on data pipelines that does not feel very native for many processing needs.

The release of Apache Spark marked the start of the second generation in data processing frameworks: Spark jobs can be implemented with Scala’s Collections API using functions, such as filter(), map(), flatMap(), or count(). While Spark and other data processing frameworks adopting the Collections API, like Apache Flink or Apache Kafka Streams, made the implementation of scalable data pipelines more feasible, their approach was still completely imperative, forcing developers to take care of performance issues in their code by themselves and leaving almost no room for automated optimizations.

In recent years, we saw a shift to declarative data pipelines, removing the burden from developers to worry about optimizations and learn every detail of the underlying processing framework to master it. SQL became a popular choice for implementing data pipelines in cloud data warehouses. In parallel to the rise of SQL-powered data pipelines, cloud-native computing emerged and further evangelized the concept of declarative resource definitions, typically implemented in YAML.

What are declarative data pipelines?

Traditionally, data pipelines are implemented with imperative code using programming languages, such as Python. Instead of fixing the flow of data through imperative commands, declarative data pipelines solely describe the logic of the data processing. Runtimes (or interpreters) take care of turning the declaration into executable code, leaving much more room for automated optimizations and parallelization.

What are the benefits of YAML-based declarative data pipelines?

Introducing declarative descriptions for data pipelines brings a couple of challenges with it. Data pipelines by their very nature are stateful applications. Their sole purpose is to change external systems.

This contrasts with the general idea of declarative languages, especially the concept of referential transparency as offered by many functional languages, such as Haskell or Scala. Hence, the question to be answered is, what state can be declared in DataCater’s YAML.

With the above information, we can easily answer the question: What state can be declared in DataCater’s YAML? The declared state equals the content of the pipeline container.

To be more precise, pipelines consist of a list of filters, and a list of transformation steps. An example and further explanation follows:

Filters can be used to restrict the data pipeline to a subset of the source data, if needed. A filter is declared as a mapping of the attributeName, a filter function (here equal), and optionally a filterConfig.

Filters can be used to restrict a pipeline to a subset of the data source.

Transformation steps are applied in sequential order while streaming the data from the data source to the data sink.

Bringing it all together

DataCater heavily relies on Kubernetes and borrows a lot of concepts from cloud-native technologies. For instance, our YAML format has been influenced by Kubernetes’ Custom Resource Definition. We conclude this article with a complete YAML representation of a pipeline:

Declarative definition of a streaming data pipeline in YAML.

The above pipeline, named Sync error logs with masked IP adresses, results in a Kafka Streams application deployment on Kubernetes. The pipeline syncs error log messages from a data source to a sink and utilizes a Python function to mask IP addresses on the way.

Declarative data pipelines are an important next step in the evolution of ETL tooling. In this blog post, we showed how DataCater pipelines can be represented in YAML. We highlighted benefits of representing data pipelines declaratively, which include, but are not limited to, precise documentation, faster development iterations, and support for automation.