We are announcing that the core of DataCater, the real-time ETL platform, becomes free and source-available.

DataCater is the real-time, cloud-native ETL platform that empowers data and developer teams to build operational data pipelines with Apache Kafka® and Kubernetes®.

DataCater introduces a declarative interface that enables developers to iterate on data pipelines in seconds and deploy them to production in minutes.

DataCater applies cloud-native principles to data development. Data pipelines are defined in a declarative YAML format, can be managed via an API, and are elastically scalable by using Kubernetes’ Horizontal Pod Autoscaler:

Tired of manually editing YAML files? We got an interactive UI for you that brings fun to working with streaming data: 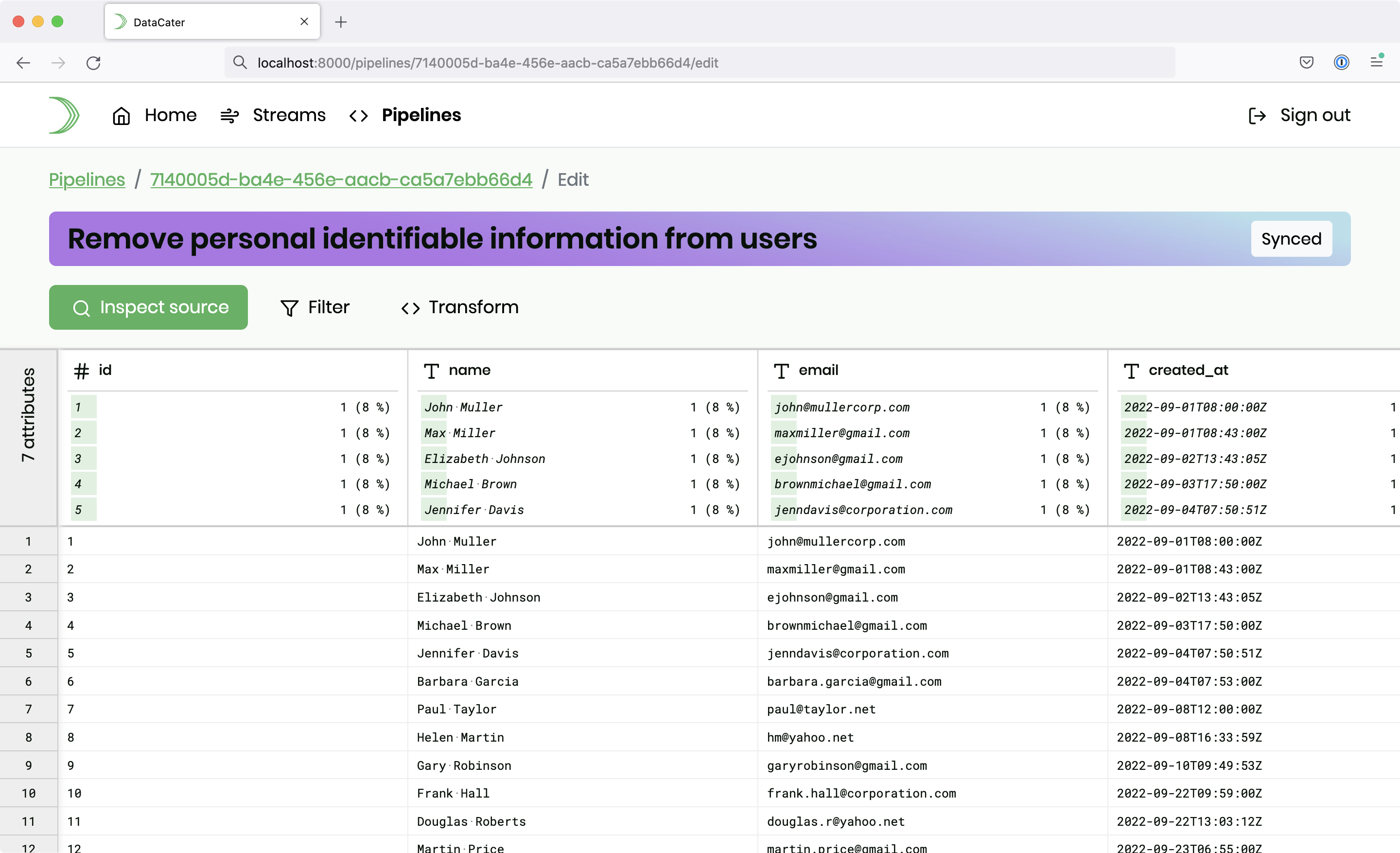 After more than two years of working on the concepts behind and early versions of DataCater, we feel ready to share our work with the developer community and further accelerate the adoption of data streaming.

Today, we are happy to announce that the core of DataCater becomes source-available. We split our product into an source-available open core and a proprietary enterprise version. While the open core provides all features needed by developers to develop and deploy data pipelines that stream data between Apache Kafka topics, the enterprise version grants access to additional features relevant to teams and enterprises, such as Kafka Connect-based connectors, audit logs, RBAC, etc.

For the licensing of the open core, we use the Business Source License 1.1.

Ready to try it out?

We made the code of the open core publicly available on GitHub.

You can install the current pre-release version of DataCater using kubectl as follows:

Browse to http://localhost:8080 in your browser and sign in using admin:admin.

Feel free to play with it - We are looking forward to your feature requests, bug reports, and pull requests! :)